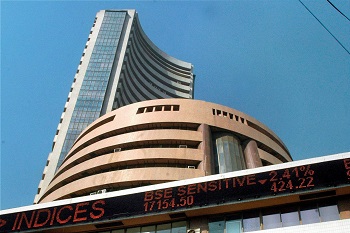 Investors continued to pull out of risky assets as US Federal Reserve officials signalled that they were on course to raise interest rates in March, citing high inflation.

The US central bank has left rates unchanged at near-zero since March 2020 in a bid to boost the economy battered by the Covid-19 pandemic. The Fed’s ultra-low rates, coupled with its bond-buying programme, have bolstered risky assets like the equity market and cryptocurrencies. Now, its decision to reverse some of these stimulus measures has put investors and equity markets in a tight spot.

“The Fed is clearly looking through Omicron and will not react to weak data for January and February… Bottom line, the risks are skewed to more than four hikes this year,” said Ethan Harris, head of global economics research, Bofa.

The Nifty and the Sensex have posted declines in six out of the previous seven trading sessions, dropping over 6.5 per cent each. Foreign portfolio investors (FPIs) have yanked out over $7 billion in just seven sessions amid rising bond yields.

The sentiment was also hit by the rise in crude oil prices due to geopolitical tensions in West Asia, and between Russia and Ukraine. Brent crude was trading at $89.53 a barrel, the highest since October2014. The 10-year Indian government securities yield was at 6.7 per cent, the highest since December 2019.

Analysts said the prevailing earnings season and the upcoming Budget would cause a lot of volatility in the markets.

On Thursday, the market breadth remained weak, with 1,946 stocks declining and 1,422 advancing. Around 363 stocks were locked in the lower circuit. More than two-thirds of the Sensex stocks declined. HCL Technologies fell 4.2 per cent and was the worst-performing Sensex stock. Infosys fell 2.5 per cent and contributed the most to the index’s losses. IT stocks fell the most and their index declined 3.1 per cent on the BSE.