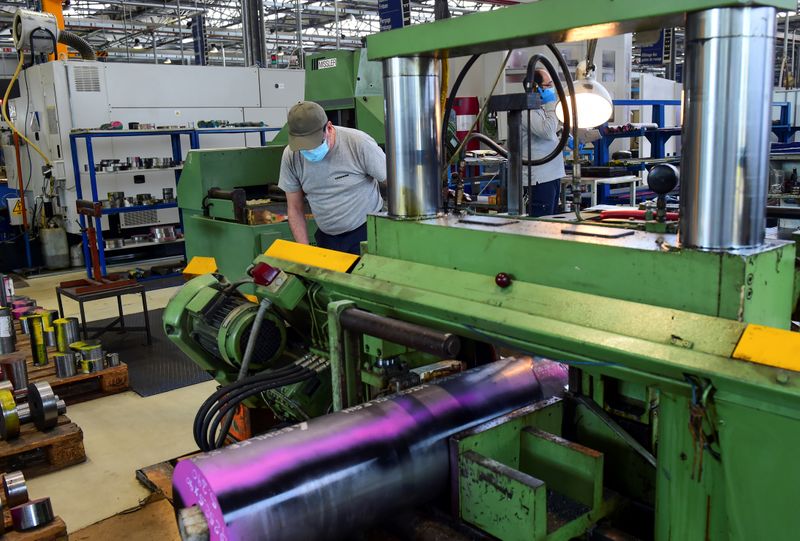 Italian industrial output plummeted 28.4% in March from the previous month, more than expected and the steepest drop on record, as a lockdown imposed to contain the coronavirus pandemic shuttered most businesses.

The fall in output was larger than any of the 18 forecasts in a Reuters survey of analysts which pointed to a 20.0% decline.

National statistics bureau ISTAT, which issued the data on Monday, said it was the steepest fall in industrial production since the current series began in 1990.

February’s data was revised to show a 1.0% decline, originally reported at -1.2%.

On a work-day adjusted year-on-year basis, output in March was down 29.3%, also the steepest drop since the start of the series, following a 2.3% fall in February.

The restrictions to contain one of Europe’s worst outbreaks of the coronavirus were in place through most of March and closed all factories except those considered essential to the supply chain. They were partially eased from May 4.

In the first quarter, output in the euro zone’s third largest economy was down 8.4% compared with the previous three months, ISTAT said, following a 1.1% drop in the fourth quarter of last year.

Industrial production plunged across the board in March, ISTAT said, with output of consumer goods, investment goods, intermediate goods and energy products all down by between 10% and 40% from the month before.

The euro zone’s third-largest economy shrank 4.7% in the first quarter from the previous three months, preliminary data showed last week, as the lockdown took a heavy toll on activity.

The government forecasts gross domestic product to post a full-year contraction of 8.0%.

Italian industrial output fell by around a quarter during a steep double dip recession between 2008 and 2013, and has regained only a small part of that during a modest recovery in the subsequent years.