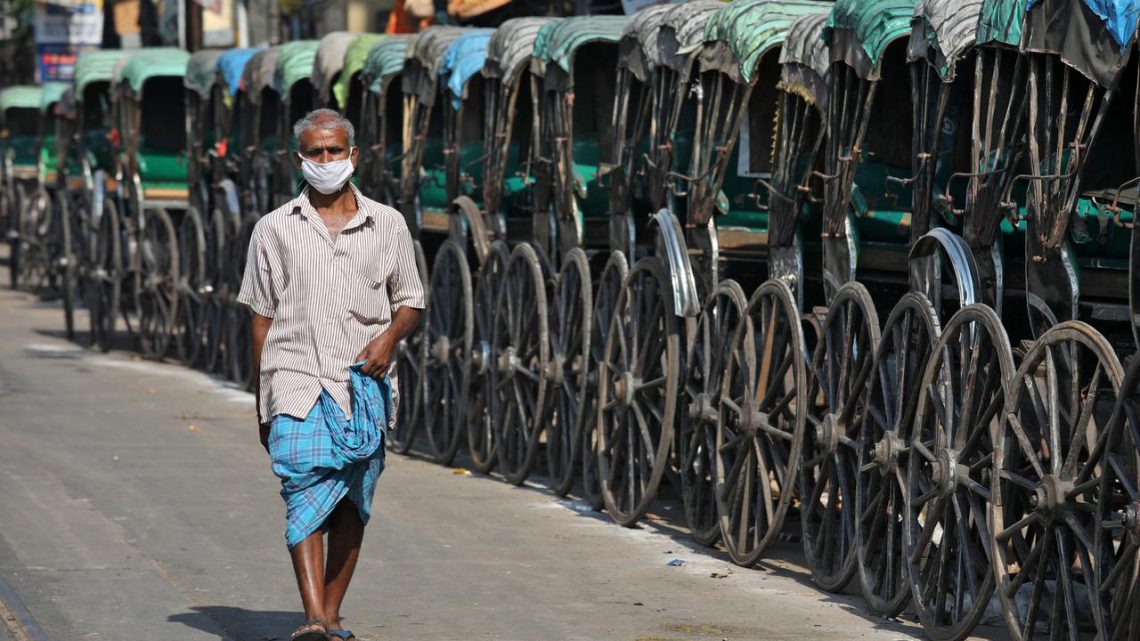 The grim result for the industry, the engine of economic growth and jobs, underlined the pandemic’s sweeping impact across India as authorities extended a nationwide lockdown, in effect since March 25, until May 17.

The Nikkei/IHS Markit Services Purchasing Managers’ Index plunged to an eye-popping 5.4 in April from March’s 49.3, an unprecedented contraction since the survey first began over 14 years ago.

It also shattered a Reuters poll forecast of 40 and was way off the 50-level separating growth from contraction, with the single digit outcome marking by far the most extreme result among major economies.

“The extreme slide in the headline index, which fell by over 40 points, shows us that the strict lockdown measures have led to the sector essentially grinding to a complete standstill,” Joe Hayes, an economist at IHS Markit, said in a release.

The steep downturn in activity underlined the widespread havoc wrought by the pandemic worldwide, with many fearing the worst global recession since the 1930s.

All of the survey’s key gauges plummeted. An index measuring foreign demand for services ceased to an unprecedented 0.0, while an overall demand index also fell to an historic low and firms laid off workers at the quickest clip ever.

The latest findings came on the heels of a sister survey on Monday showing factory activity contracted at its sharpest pace on record.

Dollar Up in The Aftermath of Bad Economic News