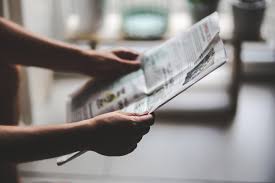 At a daily press conference on Monday, Guo Yanhong, a hospital administration supervisor at China’s National Health Commission (NHC) said that that novel coronavirus is preventable and treatable.

The percentage of infected patients in virus epicenter Wuhan who are critically ill had dropped to 18% now from 38% at the beginning of the outbreak, she added.

World Health Organization delegation of experts will visit Beijing, and the provinces of Guangdong and Sichuan from Feb. 17 onwards, the Commission said.

According to the WHO, the virus has infected more than 71,000 people globally and killed 1,775, the majority in China.

Meanwhile, the Chinese authorities continue to step up support measures to combat the negative impact the virus outbreak is potentially having on both China’s and global economy.

Therefore, the risk sentiment remains balance starting out a new week, with USD/JPY holding firmer around 109.85 region, as S&P 500 futures advance 0.25%. The Aussie also benefits from the Chinese stimulus and trades near 0.6725, having hit daily highs at 0.6734.