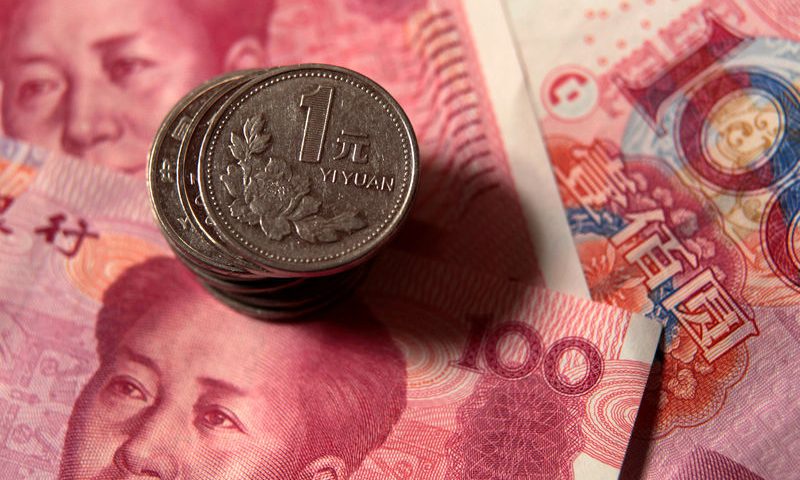 The Chinese yuan was hard hit Monday after the reopening of the country’s financial markets, with traders using this opportunity to register their concerns over the outbreak of the deadly coronavirus and the impact this could have on growth in the country.

Efforts to contain the spread of the virus, which has so far claimed 305 lives, have caused major disruptions and look set to deal a major blow to growth in China and globally.

Ahead of the reopening the Chinese central bank decided to cut reverse repo rates by 10 basis points and inject 1.2 trillion yuan ($173.8 billion) of liquidity into the markets on Monday. The net injection was far smaller, as around 1 trillion yuan in loans had been set to mature.

There had been concerns that the reopening of the financial markets on the Chinese mainland for the first time since the start of the Lunar New Year holiday would result in volatile trading.

“The EM currency space has stumbled badly on the outbreak of the coronavirus in China, which has impacted risk appetite,” said John Hardy, Head of FX Strategy at Saxo Bank Group, in a research note.

Elsewhere, the euro has strengthened against sterling ahead of a speech by U.K. Prime Minister Boris Johnson in London later Monday on the trade negotiations with the EU. Johnson is quoted in the U.K. press as saying “there is no need for a free trade agreement to involve accepting EU rules.”

While the U.K. officially left the EU on Friday, it will remain wedded to EU rules during a transition period which ends in December this year.