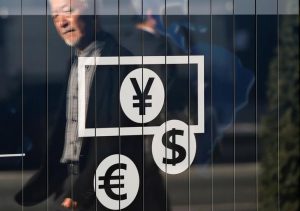 Asian currencies made something of a comeback on Thursday morning in Asia as optimism about a possible trade deal between China and the US returned. The USD was lost a little ground and the Australian dollar stopped a multi-day slide even as the Yuan continued to slide.

On Wednesday US President Donald Trump said discussions between China and the US are going very well. Negotiators may be closers to an agreement on tariff relief that could help stave off the next round of US tariffs on Chinese goods that is due to take effect Dec. 15, Bloomberg reported. These tariff relief measures would be part of a phase one deal.

Trump’s comments came just a day after saying he has no deadline for a deal and would not be opposed to waiting until after the elections in November 2020.

In mainland China, The People’s Bank of China (PBOC) set the reference rate for the yuan, the midpoint around which the currency is allowed to trade, at 7.0521, slightly weaker than the 7.0513 the day before.

The New Zealand dollar has been gaining ground this week after reports on Monday that the country’s terms of trade, which measures the purchasing power of exports compared to imports, jumped 1.9% in the three months to September.