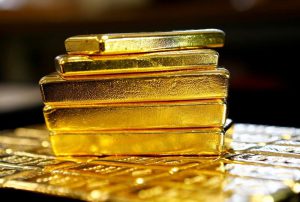 Gold prices were supported by a fresh round of uncertainty of the US-China trade deal on Wednesday morning in Asia. The precious metal still hovered near a three-week high above $1,480.

US President Donald Trump suggested that the long-awaited trade deal might have to wait until the 202 election, contrary to what his senior advisor Kellyanne Conway just said this week that the deal could come by the end of the year.

“In some ways, I like the idea of waiting until after the election for the China deal. But they want to make a deal now, and we’ll see whether or not the deal’s going to be right; it’s got to be right,” Trump said at the NATO event in London.

The mixed signals from the White House stirred uncertainty of the global economic prospects, supporting gold that is widely seen as a safe-haven asset.

US Commerce Secretary Wilbur Ross also said if no substantial progress was made soon, another round of duties on Chinese imports including cell phones, laptops and toys would take effect on Dec. 15.